since 1992 Director, Institute of Health Promotion and Rebirth of People of Ukraine Ltd., Kyiv, Ukraine

since 2004 Head of the Laboratory of Modification of the Structure of Biologically Active Substances, IMBG NASU, Kyiv, Ukraine

1994 Biography included in the international edition of “500 Top Movers”, USA

1996 Man of the Year according to the American Biographical Institute, Member of the Ukrainian National Society of Inventors

2004 Anatoliy I. Potopalsky together with former colleagues V. Novytsky (Austria) and M. Oliyovska were nominated for Nobel Prize in medical chemistry for the development of antitumoral medications based on celandine alkaloids modification

The mechanisms of alkylation of amines, nucleic acids and their components by the ethyleneimine derivatives are being studied. The products of alkylation were purified and characterized, their biological activity being studied in different systems, and antitumoral, antiviral, and immunomodulating effects were found (Fig. 1). The anticancer drug Amitozyn has successfully undergone clinical trials and is recomended for Pharmaceutical Committee to oficial registration. 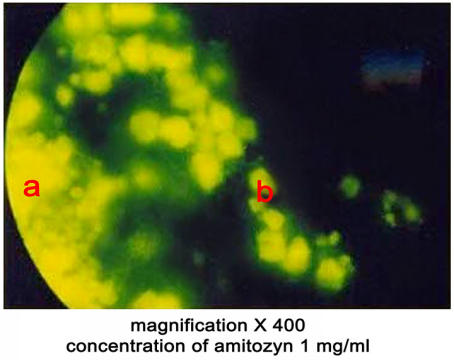 Novel medications were obtained and the ways of their application in medicine, veterinary, and agriculture that influence biological processes were developed. The preparation Izatizon which has a wide range of antiviral, antitumoral and antibacterial effects, was registered in veterinary for treatment and prevention of viral diseases of birds and livestock, it was also recommended to cure people with viral diseases and tumors (Fig. 2). New medicinal Izatizon forms (e. g. Izatizoniy) are being developed and tested.

The preparations of stimulators of plants growth are being developed on the basis of nucleic acids and their components. The genetic effects of alkyl DNAs were determined and new forms of rye, millet, and tomatoes with valuable features were obtained. Special kind of feed lupine with high protein content Industrialny (i. e. industrial) and a kind of pumpkin Kavbuz Zdorovjaga (i. e. watermelon/pumpkin, giant) were registered at the State sorts register of Ukraine (Fig. 3). 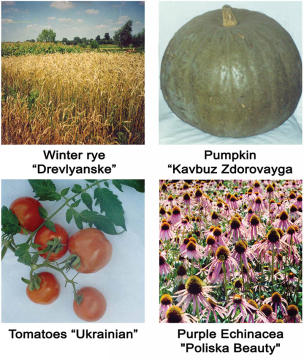 Fig. 3. New plant varieties elaborated according to the new technology are resistant to harmful environmental factors and are registered in the State Register for the Plant Varieties of Ukraine, most of them have been still studied

Experimental study of modified products of alkaloids, their analogues and derivatives with wide range of biological activity has being conducted. The results of these researches are used for improvement of human health and environment. Unique plants are collected in “Peremoha” park, established by A. Potopalsky in Korosten region (Fig. 4). 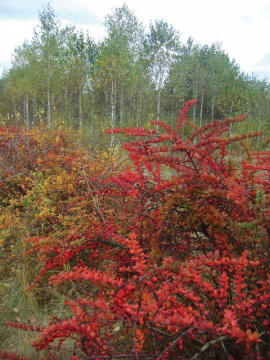 Fig. 4. Kizyris – a hybrid of dogwool and barberry in “Peremoha” park established by A.Potopalsky in 1979 in Korosten region