since 1989 Head of the Department of Cell Population Genetics, IMBG NASU, Kyiv, Ukraine

2003 Yuriev Award of National Academy of Sciences of Ukraine

2005 Ukrainian State Award in the Field of Science and Technologies

2007 Kholodnyi Award of National Academy of Sciences of Ukraine

2014 Gershenson Award of National Academy of Sciences of Ukraine

Studies on the causes and mechanisms of structural and functional genome variability in cell populations in vitro and in nature, as well as search for ways of this variability regulation aimed to develop molecular genetic, physiological, and biochemical principles of plant biotechnology.

It has been theoretically and experimentally proved that cultured in vitro plant cells populations represent a novel experimentally generated biological system, characterized by remarkable properties.

The plant cell adaptation to the in vitro growth conditions was found to be a multistep event that can be divided into three periods depending on the nature of adaptation, type, direction and intensity of cell selection: primary population of the isolated cells, strain formation and established strain. Cell populations of established strains were found to exhibit physiological and genetic homeostasis due to the stabilizing selection.

For the first time the possibility for long-term (over 30 years of study) stable in vitro super-synthesis of bioactive substances in Rauwolfia serpentina and Panax ginseng cell lines was demonstrated thus opening a new vista to develop industrial technologies for production of valuable herbal pharmaceuticals for medicine. As demonstrated by the example of Panax ginseng, poliployidization of cell cultures may result in increased biomass yield but the highest secondary metabolites accumulation is typical for the cultures comparable by ploidy level to intact plants.

Dynamics of cell systems in vitro has been described using the phenomenology equation. Networks of the appropriate oscillator interactions have been constructed for highly productive tissue culture strains of medicinal plants under various maintenance conditions.

The plant individual development was shown to be accompanied by the changes in the pattern of high-molecular weight nuclear DNA cleavage indicating structural and functional reorganization of DNA within chromatin. The difference in the size of chromatin loop domains consisted of the different DNA repeats was found in rye, as well as their enhanced cleavage in non-proliferating cells indicating the increased availability of matrix-associated regions to nucleases. 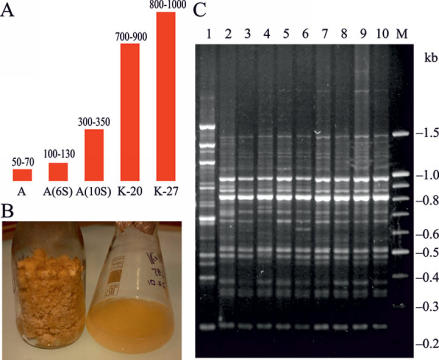 Studies on genetic polymorphism and genome plasticity in plants under extreme environmental conditions.

Comprehensive studies involving cytogenetics, molecular genetics, biotechnology, biometrics, physiological approaches have been initiated to elucidate the features of variability and selection events in natural plant populations and plant cell populations in vitro as a basis for adaptation to growth conditions. Preliminary genetic analysis of Deschampsia antarctica using different types of DNA markers revealed difference in the level of genetic diversity between samples from two regions of Maritime Antarctic spaced apart from one another in the latitudinal direction. Population-genetic analysis using the DNA markers showed relatively high levels of genetic diversity and species specific features of genetic structure in yellow gentian (Gentiana lutea) and dwarf iris (Iris pumila), which probably resulted from individual evolutionary history of the populations.

Search for and development of new molecular genetic and cytological markers to assess the genetic diversity of rare plant species.

To substantiate and enhance the efficiency of conservation measures the search is carried out for new molecular genetic and cytogenetic markers that would allow us to assess the genetic diversity of some rare plant species of the Ukraine. Primary screening allowed us to select polymorphic PCR primers specific to different genomic sequences. Molecular genetic analysis of yellow gentian (Gentiana lutea) and dwarf iris (Iris pumila) plants from a number of model populations from Ukraine showed the possibility of using selected PCR markers for assessment of genetic diversity as well as for analysis of the features of its distribution within and between populations.

Studies on the antimutagenic and anticancer properties of herbal remedies and development of approaches for their primary screening.

Bacterial test system based on the wild strain of E.coli and its bacteriophage MS2-induced mutants has been developed. The former serves as an indicator of toxic properties of the tested substance, and the latter represents a specific test-culture simulating a tumor cell. Comparison of the data obtained for higher organisms and for the test system shows its adequate response to the substances already recognized for their anticancer properties. The developed test system is now used for primary screening and investigation of antibacterial and antimutagenic activities of extracts from natural plants and cultured tissues.