The beginning of the XXI century was marked by the emergence of the new branch in biological sciences – systems biology that aims to understand the system's behavior as a whole instead of its parts. Systems biology uses the information obtained by molecular biology, biochemistry, physiology, mathematics, and informatics for the ultimate integration of multifaceted information and building a comprehensive model of the biological system. The investigation of origin and development of multifactorial diseases became the burning question for systems biology. In 2009, the first laboratory of Systems Biology in Ukraine (Prof. Maria Obolenskaya) was organized in the Institute of Molecular Biology and Genetics of the National Academy of Sciences of Ukraine.

Preeclampsia is a worldwide pregnancy complication with high morbidity and mortality

Preeclampsia is a typical multifactorial pregnancy complication, affecting 5 – 10 % of pregnant women worldwide. The cause of preeclampsia is a placental dysfunction connected with genetic, environmental, and predisposing factors, including lifestyle, although the exact etiology and pathogenesis of the disease are still unknown. Preeclampsia-related changes in the human placenta were recorded at different layers of gene expression and regulation such as genome, epigenome, proteome, and metabolome. Data on the transcriptome of placental tissues, various components of the uteroplacental complex, and types of single cells represent the overwhelming majority among already published multi-omics data. The independent studies suffer from inherent statistical limitations because of small sample size. Combining multiple studies increases the reproducibility and sensitivity of the research and the statistical power of conclusions. Our study aims to integrate the data on the gene expression level in the human placenta from independent publicly available studies of normotensive and preeclampsia-affected pregnancies. The analysis of differentially expressed genes in health and disease in the course of gestation is the ultimate goal. Here is a brief roadmap of our research:

We have revealed 253 (152 up- and 101 down-regulated) and 489 (221 up- and 268 down-regulated) differentially expressed genes between II and I trimesters and III and II trimesters, correspondingly. The respective protein interaction graphs with clusters named according to biological processes are given below [Lykhenko et al., 2021 a,b,c]. 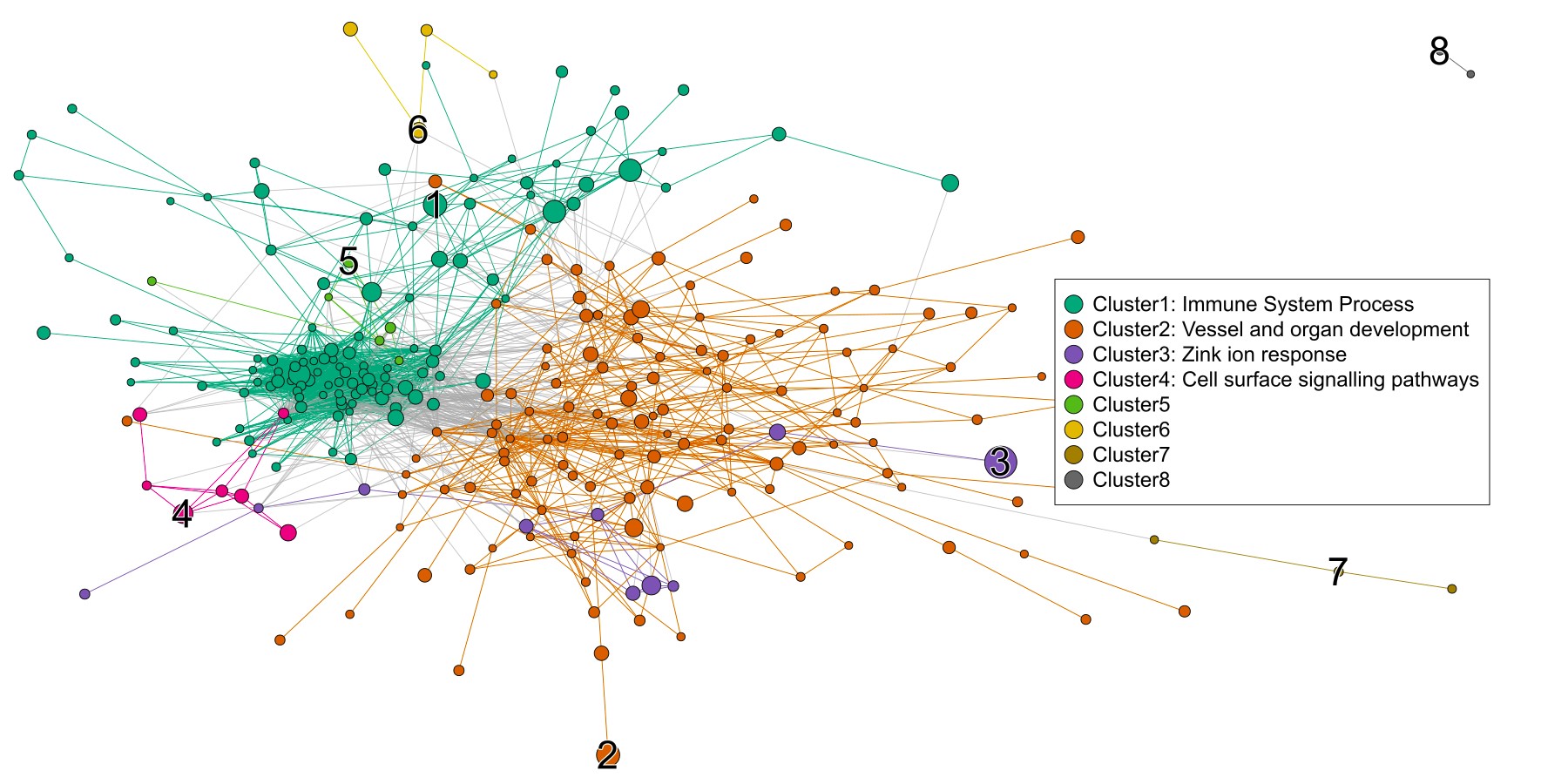 Fig.1 Protein-protein interactions between the products of differentially expressed genes in placental samples from first and second trimesters of gestation. 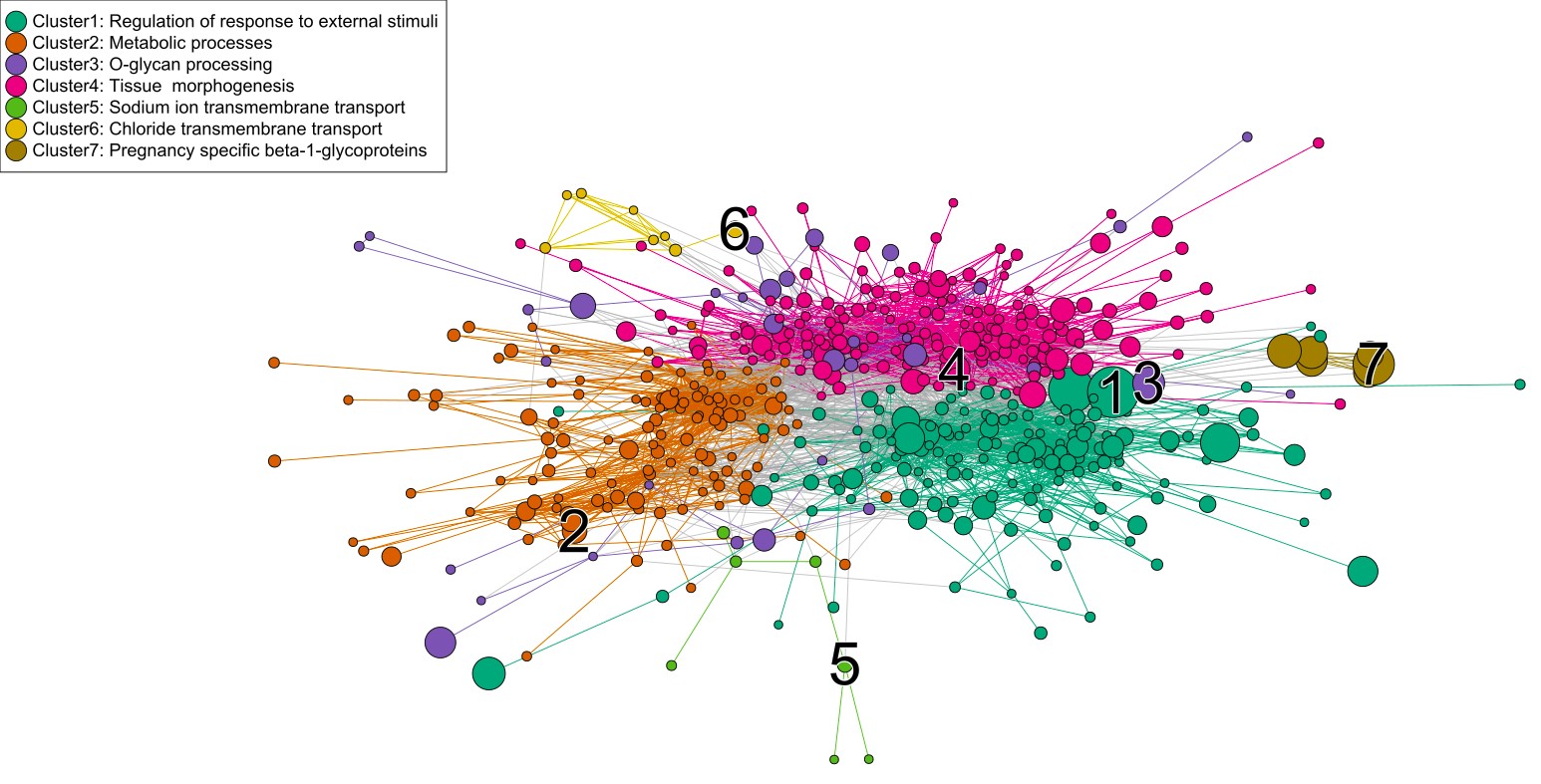 Fig.2 Protein-protein interactions between the products of differentially expressed genes in placental samples from third and second trimesters of gestation.

We are a part of the international MetSUB consortium that aims to build a molecular profile of cities around the globe to improve their design, functionality, and impact on health. Public transportation systems represent the densest interaction space for millions of people each day, and yet, there is little known about the dynamics of the microbiome and metagenomics profile on these surfaces, and most importantly, how these dynamics and our interactions with these surfaces can impact an individual’s health, as well as the health of a city.

The microbiome is the ecosystem of microorganisms that live on, in, and around us. The metagenome is the collection of all the DNAs surrounding us, humans, bacteria, viruses, plants, animals, etc. Many studies have shown that there is a link between the microbiome and human health.

Projects of the Ministry of Education and Science of Ukraine: